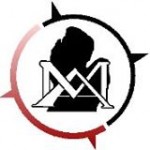 The River Country Recreational Authority is excited to move forward with a trail between Three Rivers Health and Meyer Broadway Park. The Three Rivers Health Board authorized the easement along the east side of South Health Parkway to allow for a paved asphalt trail from HealthTRAC to Millard Street. Mostom & Associates made the donation possible and supported the efforts with a professional survey to write an easement.

The Three Rivers area is fortunate to have such generous companies as Mostrom & Associates supporting the pathway project. Efforts began prior to 2009, and the project has gained many partners along the way. Three Rivers Health has been involved since a planning grant in 2009 with the goal of increasing fitness opportunities in the region.

Another large piece of the puzzle was the direction of the trail after crossing US 131. With the 2009 planning grant, multiple options were identified and researched. For multiple reasons, a pathway along 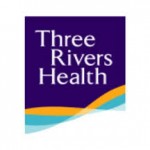 Millard Road west to Roberts Road is being considered by the River Country Recreational Authority. For more information, the Authority is holding an informational meeting and seeking public input on July 15, 2013 at 7 p.m. in Fabius Township Hall.