Special thanks to American Electric Power – Indiana Michigan Power (AEP) for its contribution to the Scidmore Park Petting Zoo Saturday programming. The City of Three Rivers notified AEP of the community’s desire to continue quality educational programming at no cost to the general public through its Saturday summer programs at Scidmore Park Petting Zoo. AEP is partnering with the City to encourage wildlife conservation by teaching appreciation, understanding, and protection of all living things with a contribution toward the courses. 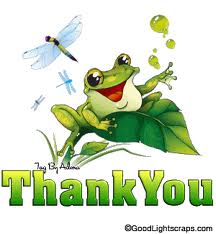 Featured programs for the Scidmore Park Programs 2013 season brought to you by the City of Three Rivers and American Electric Power are:

June 29th: Have You Ever Met a Serval?

The programs are held on the noted Saturday at 1 p.m., rain or shine, in the pavilion just outside the petting zoo gates (corner of Michigan Avenue and Spring Street in Three Rivers). After the featured programs, participants are invited to tour the petting zoo barn and meet other animals.

Thanks again to AEP for making these programs a success!